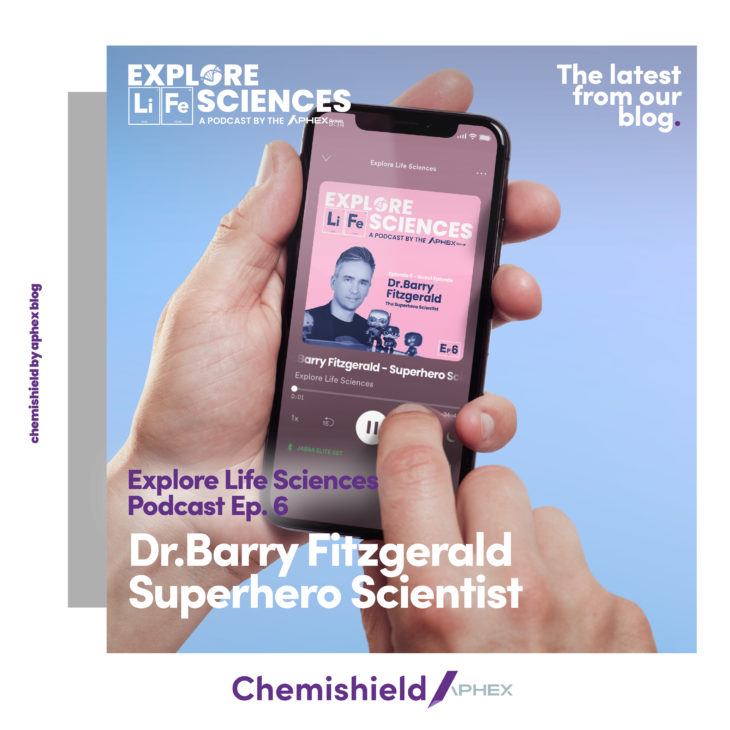 Dr. Barry Fitzgerald, also known as “The Superhero Scientist”, is fascinated by science and the superhero genre. He is a physicist by training, the author of three popular science books (Secret Science of Santa Claus, Secrets of Superhero Science and How to Build an Iron Man Suit), an energetic science communicator, podcaster, and a YouTuber with his channel “The Superhero Scientist” where he shares videos on the science and engineering of superheroes, Star Wars, and other topics. Barry has spoken all around the world about science and superheroes at schools, universities, science festivals, and companies. For instance, he spoke at TEDxBerlin 2019 about “Being a Responsible Superhero”. He has seen the 2012 film The Avengers more than 80 times and his superpower will remain a closely guarded secret.

Tell me little more about your background and what evoked your passion for superheroes?
I’m a classically trained physicist. I have a degree in applied physics , a PhD in computational physics and I have dabbled in lots of different areas that would be connected to to the world of physics research. But in the background, I was always a massive fan of superheroes from a young age and then when I was around 20,21 I stared to ask questions in relation to what was going on in the films and I remember seeing X-men in 2000 and began thinking, is that even possible. So I started writing down questions. Then eight or nine years after looking at all the questions, I thought, I can answer some of these questions. When I was 20 years old I was a biologist, so I didn’t have any of the background, or know how to answer the questions. By reading up on biology, particularly on genetics I started to formulate the answers.

What the day to day look like for a superhero scientist?
Firstly I need to put a disclaimer here. That is a title that was given to me by Thomas Camble when I was doing an an Equinor and the London Science Museum event in the UK in 2018/19. I work as a scientist in the Eindhoven University of Technology and I’s embedded in science communication. My role involves writing news articles about, formulating podcast content, videos, organising events and then all the superhero scientist stuff happens in my spare time. I’m kind of doing two jobs at the same time.

How do you feel superheroes are used as a commentary on current social issues?
The narratives of the films do change. Using the Vietnam war for example, that was the original introduction for the TOny Stark in 1963in issues of tales and suspense. Then fast forward to the Iron man film of 2008, and what you have there is the introduced in the background it the Afghanistan war. So the films do change with the times. They incorporate the real histories. The best example is the Xmen trilogy where they were based in three different decades and they all had a tumultuous historic event as part of the narrative.

Listen to the full podcast now: